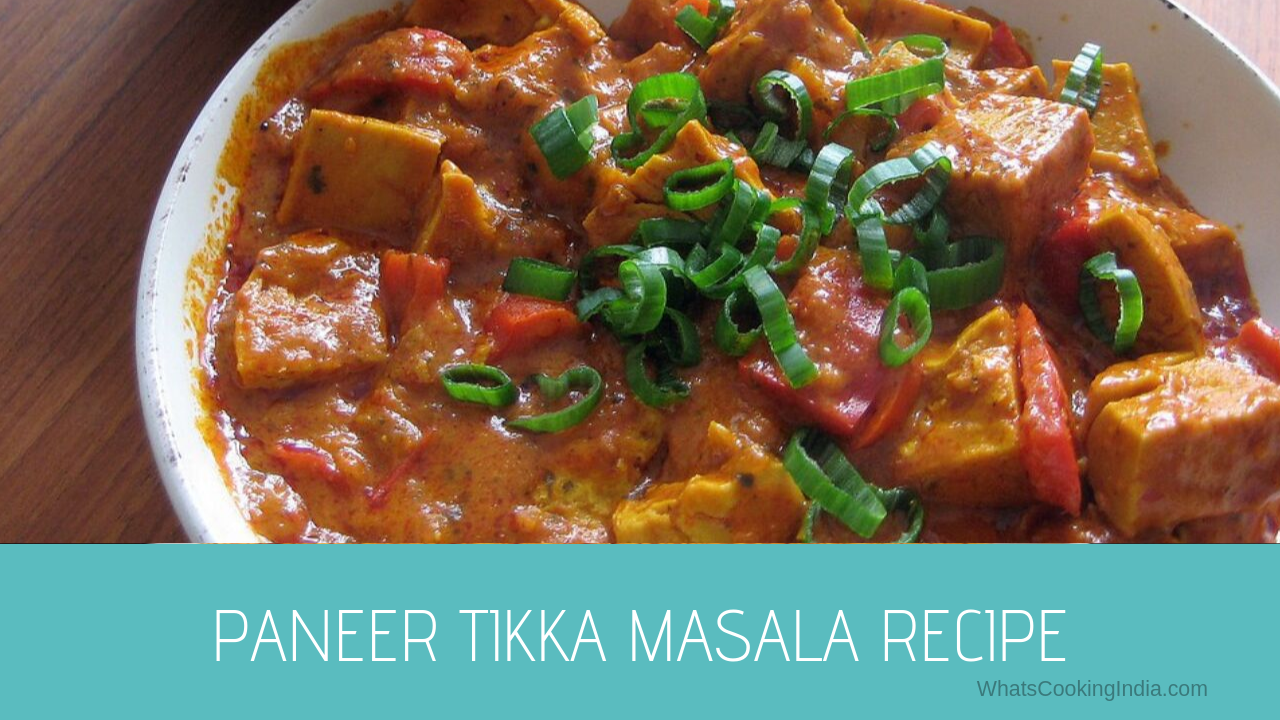 Paneer Tikka Masala is one of the most ordered dishes in Indian restaurants. Made out of marinated and grilled paneer sopped in rich and spicy onion tomato based gravy, Paneer Tikka Masala Recipe is a perfect combination of creaminess and spiciness in one dish.

Originated from North India, this all-time favourite Paneer Tikka Masala Recipe is not only drool-worthy but also quite easy and quick to make!

How to marinate paneer for paneer tikka masala?

Step 2: Now add the paneer and marinate them well and set it aside.

How to Grill Paneer in Stove?

Step 1: Take a wide Tawa, add 1 tsp oil. While the oil turns mildly hot, put the paneer cubes into the Tawa and cook them on high flame.

Step 2: Once the paneer starts to turn golden, flip the paneer and let it cook for another 2-3 min.

Step 3: Once both the side turns golden, turn off the gas and set them aside in a plate. Do not deep fry the paneer.

Step 2: Make a fine puree and set it aside.

Step 1: Take a kadhai, add butter/ oil and heat it. Once the oil is warm enough, add bay leaf, 1 cinnamon, and 2 cardamon. Saute it for 2 minutes.

Step 2: Add ginger garlic paste and saute it until the raw aroma disappears.

Step 3: Now pour in Onion-tomato puree and cook it for 6-7 minutes until the gravy starts to thicken and begin to leave the sides of the kadhai.

Step 4: The next step is to add, garam masala, chili powder, and salt. Saute it 1-2 minutes until the smell of the chili powder has gone.

Step 5: Add a cup of water and mix everything thoroughly. Cook the mixture on low flame until the gravy starts to thicken up.

Step 6: Once the gravy thickens up and you see oil separating on top, add Kasuri methi into the gravy and cook it for another 1-2 minutes.

Step 7: Next add grilled paneer cubes into the gravy and gently mix them. Note that the gravy should be thick enough before adding the paneer cubes.

Step 8: add fresh cream in the gravy and stir. Garnish with green chilies and coriander leaves.

Your Paneer Tikka Masala Recipe is ready to be served! 🙂